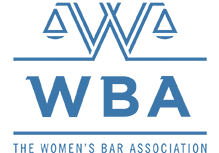 On Wednesday September 18th at 10:00AM, advocates and the lead sponsors of legislation to ban female genital mutilation/cutting/circumcision (FGM/C) will gather to deliver nearly 300,000 signatures in support from a Change.org petition to the Massachusetts State House.

There will be a brief speaking program and time for Q&A in Room 348 in the Massachusetts State House. Speakers will include Mariya Taher (Sahiyo), Representative Higgins, Representative Livingstone, and Senator Boncore.

The petition was started by Massachusetts residents Aisha Yusuf, Hanna Stern, and Mariya Taher, and write: “We need a bill in Massachusetts that unequivocally reiterates that female genital mutilation/cutting is a form of violence. There are laws against domestic violence and sexual assault. We need a law against FGM/C as well.”

The proposed legislation (H3332/S834) filed by State Representative Natalie Higgins, State Representative Jay Livingstone, and State Senator Joseph Boncore, would ban FGM/C in the Commonwealth, joining 35 other states. It has not yet been scheduled for a public hearing this legislative session.

In 1996, the United States passed a federal law making FGM/C illegal in this country; however, on Nov 20, 2018, in a US district court decision, a Judge struck down the federal law on technical grounds, finding that Congress did not have authority to pass such a law. Rather, the federal judge opined "As despicable as this practice may be, it is essentially a criminal assault" and FGM/C was “local criminal activity” to be regulated by the States.

"A prevalence study conducted by the Center for Disease Control and Prevention (CDC) reveals that in 2012 over half a million women and girls in the United States had FGM/C performed on them or were at risk of FGM/C,” said Mariya Taher​ ​of Sahiyo. “Yet, I believe the number to be higher as the CDC estimate in large part does not take into account women born in the United States or women in countries outside the African context. The CDC estimate doesn't include myself or many other women I know who have also undergone FGM/C and who were born in the U.S. and/or live in this country. Because of this oversight, I have dedicated the past five years to working on preventing FGM/C. I started this ​change.org petition, alongside two other Massachusetts residents, because a law alongside community education, can be a preventative tool to ensure no other girls undergoes this harmful practice, and it provides a clear message that FGM/C is a form of gender-based violence and a human rights violation that we must protect all girls from."