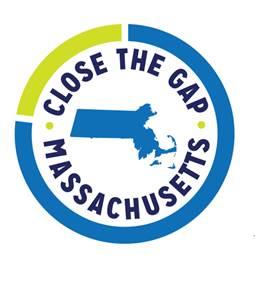 Massachusetts Commission on the Status of Women

Massachusetts was the first state in the nation to pass an equal pay law in 1945. The first federal equal pay law was passed in 1963 but the efforts of both of these pieces of legislation failed to effectively curb gender wage discrimination. Currently, women in Massachusetts earn 81% of their male counterparts with black women earning 66 cents and Latino women earning only 54 cents to the male dollar.

“When Governor Baker signed the Pay Equity Bill into law, Massachusetts became more competitive in the global marketplace. This bill supports working families, communities, and companies by supporting equal pay for women. It prohibits employers from asking salary history in the interview process and as a result will help both women and men avoid consequences of discrimination. It has a provision that supports and protects companies when they conduct wage audits. In short, this bill will help women, men, and the bottom line,” said Victoria Budson, Chair of the Massachusetts Commission on the Status of Women.

“The WBA applauds both the Governor and legislature for acting on this important legislation. I am especially proud of the work the WBA did in initiating the bill and working tirelessly over the session with fellow advocates to educate legislators and ensure its passage. Massachusetts was the first state to pass an equal pay law over seventy years ago, yet women in the Commonwealth still make only 82 cents for every dollar earned by a man. This legislation takes concrete steps to help close the gender wage gap and will enable women and their families to thrive,” stated WBA President Kristin Shirahama.

Mass NOW is thrilled to join the Governor and the legislature in celebrating the most comprehensive equal pay law in the country. As one of the founding member of the equal pay coalition, the Mass NOW community knows the significant impact this legislation will have, whether they're a working mother or still in school, now knowing they won’t have to wait until 2058 for the wage gap to close. Mass NOW is proud of this historic achievement and will continue to this fight for full economic inclusion until parity is achieved for all women in the Commonwealth,” said Sasha Goodfriend, co-president of Mass NOW.

"The joint efforts of coalition members, the business community, individuals, and the elected officials to see this bill become a law have been astounding. With other states and even municipalities eager to follow our lead, the impact eventually will be felt beyond our commonwealth’s borders."  Katie Donovan, AAUW of MA co-president.

The new pay equity law is the first in the nation to banish the requirement of salary history during the hiring process. This will help both women and men – of all races – advocate for the salary they deserve during the interview and hiring process. Massachusetts will also be the first state to provide protection for businesses in the general law should they do a good faith audit of pay practices and undertake steps to correct pay discrepancies. Maine is the only state that has this in their regulations, Massachusetts will now have this codified in the general laws.

The pay equity law will also allow employees to discuss their salary and compensation without fear of being retaliated against by their employer. Workers in historic pink ghettos may now receive the same rate of pay as their fellow male employees for doing work which requires similar skill, effort, responsibility and working conditions regardless of whether the work is identical or has common characteristics.

The Massachusetts Equal Pay Coalition, a group of non-profits, unions and other organizations hoping to eliminate the wage gap for women and people of color, have been working on passing this legislation since the beginning of the 2015-2016 legislative session.