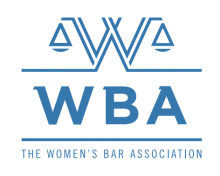 BOSTON, MA – February 4, 2022 - Proposed legislation that provides expanded workplace protections to employees who are experiencing domestic violence, sexual assault, stalking or other “abusive behavior” was favorably reported out of the Joint Committee on Labor and Workforce Development on Tuesday, February 1, 2022.  An Act Relative to Employment Protections for Victims of Abusive Behavior (S. 1173, H. 2018) would prohibit employers from firing or refusing to hire someone because of their status as a victim who has experienced such abuse.

The ProtectedAtWork Coalition that proposed this legislation, led by the Women’s Bar Association, is grateful to Lead House Sponsors Rep. Jay Livingstone and Rep. Nika Elugardo, Lead Senate Sponsor Sen. Cynthia Creem, and Labor and Workforce Development Committee Chairs Rep. Joshua Cutler and Senator Patricia Jehlen for their leadership on this important piece of legislation.  The bill will now move forward to a vote in each chamber.

“We are thrilled that the Joint Committee has prioritized increasing workplace safety by supporting this critical piece of employment legislation,” said Andrea Kramer, founder of Kramer Law LLC and leader of the ProtectedAtWork Coalition.

WBA President Heather Gamache stated, “The WBA applauds the Labor and Workforce Development Committee for advancing this important legislation that will address a gap in existing Massachusetts employment law and commends the ProtectedAtWork Coalition for their hard work and commitment advocating for victims of domestic violence, sexual assault, stalking or other ‘abusive behavior’.”

We are thrilled to see this bill reported out of Committee and advancing toward becoming a law. The WBA encourages its members to reach out to their legislators and ask them to vote in favor of the ProtectedAtWork bill when it reaches the floor.

If you are interested in learning more about the WBA’s legislative priorities please join us on February 16, 2022 for the 28th Annual Legislative Breakfast which will be held virtually from 10:00 a.m. to 11:00 a.m.  You can register HERE.  The WBA will present its 2022 legislative priorities to legislators, WBA members and coalition partners, and will honor Senator Cindy F. Friedman with our 2022 Public Official of the Year Award.